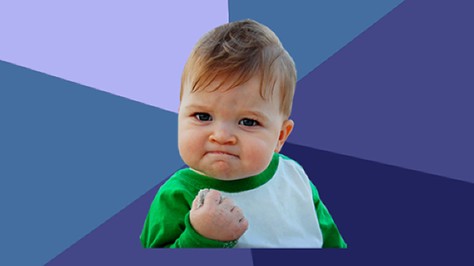 I think journalism is a great career – or it was. I left a while ago because it is a fast-paced job and you had to be tough to survive in it – have the grit to dig out the important stories, and the  resilience to cope with the lame ones. I didn’t have the mental resources at the time, but I still cherish quality journalism and consider myself a news junkie.

Now? Well, that’s another story, and well-summed up by a contributor to a recent survey of British journalists who said “they were “frightened” about the “shift from proper journalism to ‘clickbait’ stories about things like giant, killer spiders”. They added: “I fear for my job, the young people coming into the industry and the public who will soon live off nothing but attention-seeking, fact-free, gossipy clickbait.”

It has been with growing disbelief and despair that I’ve watched this happen – not just gossipy fact-free clickbait, but rehashed stories pulled from other sites without fact-checking. This past week this example has made my blood boil. Sammy Griner, also known as “Success Kid”  rose to internet meme fame after his mother, Laney Griner, posted a picture to Flickr in 2007

The latest story about the so-called “Success Kid” meme first appeared on the Stuff website last week as:

Apart from the appalling headline (“pretty different” really?) I remembered reading the original story on Imgur at least a year ago. At least Stuff included the attribution to a Reddit repost by ThoseWhoDoVoodoo of an Imgur post saying the child was now ten.

So I did what all good journalists should do – CHECK THE ORIGINAL SOURCE! The original post about the family needing help was made in April 2014, and it, in turn, was taken from an Uproxx post  with an interview with Laney Griner. A  quick check of her Instagram page shows the image used by Stuff was in fact taken on May 10, 2014. In reality, Success Kid looks like this now.

To complete the sad tale of the degeneration of journalism, the NZHerald copied the story two days later – with the same lack of checking and similar crappy headline.

I work in PR and Comms now and I should rejoice in this sloppiness as it helps me get stories placed – but it really worries me that this is where we are heading. Strong democracies need good, reliable and challenging journalism – not this half-baked crap. What is the solution? I have no idea – perhaps it is just a transition phase and a model will come through that make it financially viable for quality journalism to exist on a digital platform, but right now it seems to be an accelerating race to the bottom.