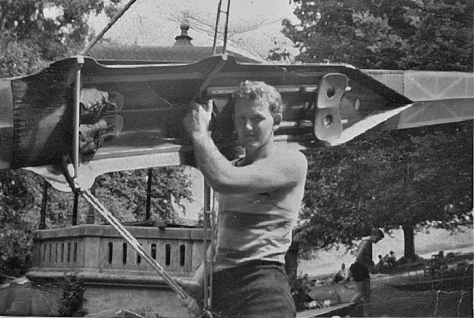 It’s almost seven years since my dad died. Seven years. Jesus, it still seems like last week, although it has taken me until now to talk about it without dissolving into tears.

It’s one of those memories that is seared into my brain. Dad had been ill for about five months. He had had a stroke about four years earlier and it created an ongoing cascade of problems, until one day his femoral artery ruptured and he bled out into his abdomen. That he survived was a miracle, he was already in hospital when the artery ruptured so they were able to operate immediately and save his life.

Over the next four months, he was in out of ICU, it seemed there wasn’t a ward in the hospital we didn’t visit. It was up and down all the time – he fought through a pulmonary embolism, until finally the secret killer that haunts all hospitals found its way to him – MRSA – methicillin-resistant staphylococcus aureus – a superbug. It broke him. A week after he came home, he died in his sleep. None of us believed it would happen. Even though in hindsight, it was apparent we were living on borrowed time, I always thought he was indestructible. Isn’t that the deal?

Dad was of that generation of Kiwi hard men. Don’t say what you feel, don’t show what you feel – keep it all inside until it consumes you and turns your veins into brittle glass that one day shatter and you just don’t wake up.

Mum found him in the morning and rang me straight away. I lived around the corner from them so I ran down to her house and bolted up the stairs. He was lying in his bed, curled up on his side like a small child sleeping, his head resting on his arm. Except all the colour had drained from his face and there was no breath, no movement, no sighs. I sat there, on the bed, not knowing what to do. The finality of it was almost incomprehensible because suddenly time had run out, because soon they will come and take him away and he will be gone forever and this will be the last time I will ever see him, and I don’t know what to do. In an instant, Dad had gone from being this larger-than-life person, to a memory that gets fainter and blurrier and dissolves like dust-motes in the air.

If I could have one wish, one magical power, it would be the ability to make a memory come to life of people who have gone – the exact sound of their voice, their goofy laugh, the funny twitches we all have. To remember them exactly as they were.

As I sat with Dad in the few hours that were left, I just wanted him to wake up and make come back to life. It is still inexplicable to me how we go from these vital animated beings and in a moment all that we were and could be vanishes. I was in a panic about what to do – and in the end, I could do nothing but sit there and just be with him.

We are physical beings, it is hardwired in us to want to be in the presence of others. Yet we increasingly live in a world where our human relationships are becoming  relationships with screens. But it is the territory, not the map that is who we are. Time with people, being with them physically, appreciating the people we care for with all their quirks and foibles is what it is to be human. To be in the physical presence of someone you care about is one of life’s great joys.

Life is swift and an one-time thing, so put down that phone, laptop or whatever device is distracting and go spend some time with the humans in your life. Hug them, laugh with them, bicker with them even, because, as clichéd as it is, you never know when you will get another chance.

Your absence has gone through me

Everything I do is stitched with its colour.

One thought on “A memory come to life”