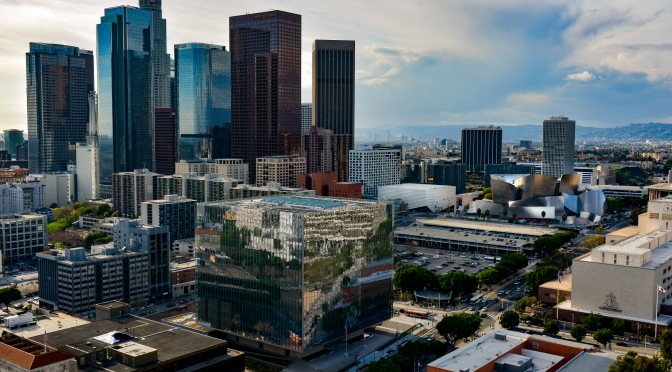 Los Angeles is a town where everyone is always pitching – their screenplay, tv show, movie, music – you name it, so here’s my pitch: a middle-aged New Zealand woman wins a green card and moves to Los Angeles to chase her dream of becoming a screenwriter.

Great idea, huh? If it was a movie, she would come to LA and after a series of misadventures and setbacks, overcome her internal character flaws, land a great job, sell that screenplay for six-figures, and find romance. I’d watch that! Or a TV series perhaps? Each week our protagonist struggles with being a fish out of water as she navigates the weird and wonderful ways of Los Angeles and struggles with its cult of youth. Sort of a “Not Hot in Los Angeles”.

Or maybe a reality show? Every week, our hapless heroine faces a new challenge as she navigates the complexities of moving from sleepy New Zealand to the fantasy capital of the world.

“The open road still softly calls, like a nearly forgotten song of childhood.”

I’m opting for the reality show version, because this is my reality and although it is a huge adventure, it certainly has its challenges. It had its beginnings in what screenwriters call the inciting incident. After a great holiday in Los Angeles two years ago, I decided to enter the diversity (green card) lottery when the link popped up in my Facebook feed.

A surprising amount of people, both in the US and home in New Zealand, don’t know about the lottery or think it’s a scam, but every year the US government awards 50,000 green cards to countries that have low rates of immigration to the US – New Zealand being one of them. Now 50,000 may seem a lot, but 22.4 million people entered in 2017 (someone better at math then me can work out the odds).

The initial application is fairly simple and free, so if you are on a site asking for money, it’s not the correct one.  On a whim, I merrily applied and sent out the application, seemingly into a black hole, then promptly forgot about it.

About six months later a notification popped up in my email, so I dug out the super-secret code which ‘you must not lose’ and checked my application. I think my exact words were ‘you are fucking kidding me” when I saw the sentence – “congratulations you have been selected.” I never win anything, except a bike once.

In some ways, this was a case of be careful what you wish for. By this time, my initial post-US holiday excitement had worn off and I was studying fulltime for my Masters In Communications Studies. I decided I wasn’t going to go forward, but part of me was also thinking “what-if?” so eventually I decided to continue with the application and make up my mind later.

And this became the first challenge for my real-life reality show. The initial application may have been easy – the second part was not as you have to undergo detailed background and security checks, including listing every address I had lived at since I was 16 years old with no more than a month in-between!

It was then I realised that I have been quite the roamer. My family left New Zealand when I was 16 to live in Australia, and when I was in my twenties, I set off travelling to Southern Africa, the United Kingdom, then back to South Africa and finally home. Talk about the da Vinci code – I had to dig out old address books, track down long-lost flatmates, and scour Google maps. I’ve always been amazed by people who stay in the same place their whole lives, but in this instance it would have been handy to have done the same.

Eventually I managed to pull together my life’s history, which I sent back to the black hole. I heard nothing for six months so I assumed that my application wasn’t going any further. I got on with my life, working on a screenplay for my thesis, getting a great new job; life was ticking along nicely when the email dropped – my US consulate appointment was in six weeks’ time! Wait, what!?

Crunch time – was I going to fork out the money to get my medical and visa for something I wasn’t sure I wanted to do. My life was going great – I liked my job, my studies were going well, it was all humming along nicely, why would I disrupt that to go to a country that seemingly was careering off the rails, with expensive health care and an incomprehensible political system.

But no matter how much logic I applied, part of me wanted to do this – go and explore this place and have another adventure. Then I’d swing back the other way – “no, this is crazy, you’re too old, you have a good job, you need to plan for your future” and so on.

I swung back and forth like this for weeks, even after my consulate interview, but I figured I had plenty of time to prepare if I decided to go, until I picked up my visa, that is. I thought I had six months but because I’d had to wait on a police clearance from South Africa for three months, my visa had to be activated within two months.  Crunch time was here, I had to decide, so I decided no. Then I went home and opened my Facebook page to one of my FB friends telling everyone he had just been diagnosed with terminal cancer. Shortly after, I learnt another friend had been diagnosed with a neurological disorder.

This prompted me to have long hard think about what l wanted my life to be and what life should be about. I don’t think life is short, but it is unpredictable and we only have this one time around. I knew going to LA would be a huge challenge because of my age – middle-aged women aren’t prime candidates for fulltime roles, the chances of breaking into the film industry are slim to none, and I’d be leaving behind a comfortable and safe life. But I’m healthy, I’ve had my family and my kids were supportive, I’d worked hard to develop my writing skills so what was I afraid of?

This is a brilliant short film called Wanderers that uses commentary by Carl Sagan’s from his book Pale Blue Dot: A Vision of the Human Future in Space. It has the wonderful quote: “The open road still softly calls, like a nearly forgotten song of childhood.” Maybe it comes from being a descendant of people who left home to start life in a new country. All my great great grandparents came from the other side of the world – the United Kingdom and Denmark. Maybe we carry the gene of the ‘restless few’ who are always drawn to far-off places for reasons, as Sagan says, “we can hardly articulate or understand”.

Humans find change so hard – we do everything to resist it, but the paradox is that challenge is the fuel the drives our brains and helps us grow. I could read motiviational quotes from the internet forever and stay where I was treading water, or take a leap of faith and push myself way out of my comfort zone.

Whatever the reason, I decided to take the leap, jump on the plane and come to Los Angeles. Two months in, it has indeed been an adventure. I’ve been up and down, loving it, hating it, wanting to go home, not wanting to go home, panicking and then calming down.

How this story ends, well, I’m not sure yet, but I’m going to give it a crack. Life here is so different from home and every day brings a new challenge. The next big one is the Dept. of Motor Vehicles (pray for me). This city is big and loud and crazy, I’m definitely not in Kansas anymore, but who knows what lies ahead?  I might even sell my screenplay – write a better one (maybe about a middle-aged woman who wins a green card and moves to LA). Life should be an adventure so here goes…